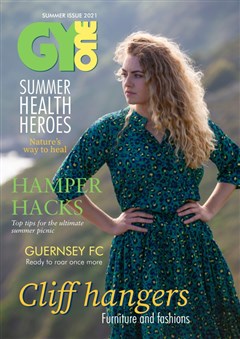 Life in the fast lane with Seb Priaulx

I’M delighted to be blogging for GYone magazine this season as I embark on an exciting new chapter in my motorsport career in the Formula 4 British Championship – my first year competing in single-seater racing after two years in the Ginetta Junior Championship.

The F4 championship is hugely competitive and is a perfect place for drivers to learn the skills they need to climb the single-seater ladder towards Formula 1. Lando Norris won the British F4 title in 2015 and is now a reserve and test driver for the McLaren F1 team, so it’s certainly possible.

We’ve got this opportunity thanks to the incredible backing of a number of sponsors and partners, including local businesses FCG and Ravenscroft.

I can’t thank them enough for their support and I hope we can enjoy some great success together this year.

I’m going to be driving for Arden Motorsport this season. They are a brilliant team and have been hugely successful in championships across the world for 20 years, so I know with all their experience they will definitely give me the opportunity to challenge at the front of the field.

The hard work ahead of the season is well under way and we travelled across the country before Christmas so I could get plenty of time on track in the new car. We went to the likes of Snetterton, Brands Hatch and Oulton Park, and our lap-times looked promising each time.

The first official championship test came at Brands Hatch a couple of weeks ago, which was the first chance for us to pit ourselves against the rest of the 2018 grid. We came away second fastest for the day, which I’m really pleased with.

It’s not just about the on-track testing, though, and I’ve been training hard over the winter to ensure I’m as mentally and physically prepared as possible for the year ahead. With 30 races across 10 weekends, it’s certainly going to be a demanding season.

We’re really excited to get the racing started and it’s not long now until the opening rounds of the season at Brands Hatch on 7/8 April. We’ll once again be racing in support of the British Touring Car Championship, with live television coverage on ITV4, so be sure to tune in.

GYone Editor Susie Campanella met The Doghouse's new Director on Friday. The meeting was one of the most enjoyable all week.

Don't think there could be a better reason to pop down to PingQuay for a few drinks and a game of ping pong!

Drawing on his own experiences, and enlisting the help of some courageous local men to tell an important story from a first-hand perspective, this award-winning documentary is making the world sit up and listen...

Read his story today in GYOne...